Thom Woodley is a New York based Creative Director, writer, webseries pioneer, and director.
The advertising world knows him as one of the initial lead writers for the famous campaign for Dos Equis, the Most Interesting Man in the World. For this and other ad work he has won awards including Cannes Lions, Effie, Oneshow, DNAD, and Radio Mercury. He has worked with many notable agencies including McCann, Euro RSCG / Havas, Publicis, Momentum, the Barbarian Group, MRY and Pereira O’Dell, concepting, selling and executing memorable work for all kinds of clients in the digital, experiential, social and traditional ad spaces.
In 2006, Thom helped usher in the online video revolution with the launch of his seminal hipster comedy The Burg (called one of the Best Ideas of the Year by the New York Times). He also created, wrote and produced The All-For-Nots (a co-production with Michael Eisner), All’s Faire, and Greg & Donny, which won the IFC Out of the Box Award at the 2010 New York Television Festival. For his screenwriting and webseries work he has been nominated for the Writer’s Guild, Webby and Streamy awards, and is a recipient of the 2013 Emerging Storytellers program at the IFP.
He is also a founding member of the International Academy of Web Television, is the first professor of Webseries at the School of Visual Arts, teaches at the New York Conservatory for the Dramatic Arts and Miami Ad School, and has written and addressed Congress on the subject of internet neutrality. 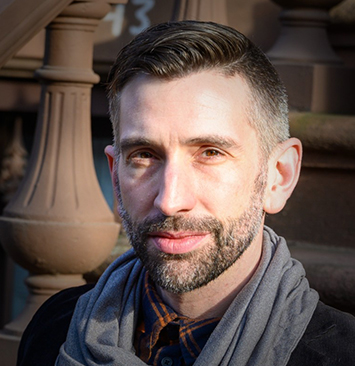