Jose Luis Martinez began his career as a booking agent for South Florida talent in Miami
Beach. After a transition to Los Angeles, he worked on a motion picture production desk at
what is now ICM Partners, one of the premiere global talent agencies in the entertainment
industry. Upon returning to Miami, JL was involved with the Miami Film Festival (MFF) to help
plan and execute its 25th anniversary edition; an eleven-day event that featured world
premieres and A-list talent. He went on to become the Creative Director of the Miami World
Cinema Center, the first nonprofit film studio, where JL developed up-and-coming Miami based
filmmaking talent and held various producer titles on several independent feature films,
including #EM3, URBAN STORIES, THE HOLDERS, and CHRONIC LOVE, which have premiered at
multiple international film festivals including Miami International Film Festival, Marbella, and
South by Southwest. He went on to direct Communications &amp; Media for the Foundation for
Human Rights in Cuba (FHRC), where he developed, launched, and executed an ambitious
digital media project, Connect Cuba, a campaign to bring greater internet connectivity and
human rights awareness to the island. Since 2010, through his work with the Miami Media &amp;
Film Market (MMFM), a yearly content conference hosted by CAMACOL, the Latin Chamber of
Commerce of the US and its prestigious Hemispheric Congress, JL has created, organized, and
moderated panels with a wide cross section of award winning entertainment and media
professionals from around the world. Via his Lucky Seventeen Entertainment banner, he
consulted on and Executive Produced hours of award winning children’s and family friendly
content for a unique online space. JL recently consulted on Hialeah Park Studios to build a
production and entertainment hub in the heart of Miami-Dade County. The project resulted in
multiple high-end music videos, commercials and 3 feature films including CRITICAL THINKING
with John Leguizamo and the award-winning MARCUS. JL graduated with honors from the
University of Miami’s School of Communication, majoring in Motion Pictures and Theater Arts. 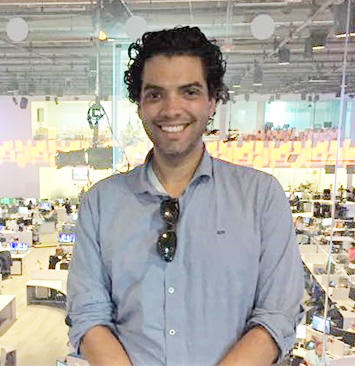